The global market for luxury goods is about 200 billion US dollars, mainly for clothing, leather goods, watches, jewelry, perfumes and cosmetics. We know LV, GUCCI, PRADA, Armani, Hermes and Chanel, etc., about 30 Each brand has a market share of about 60%.

The average rate of increase in the luxury goods industry is about 10 to 20 times. Do not think that luxury goods are profiteering. 10 to 20 times earn only the gross profit of the commodity. If other costs are considered, mainly advertising and public relations costs, then The final net profit and our common brand will not be a world apart.

You should know that the promotion and public relations of ordinary brands are infiltrated by the public and the middle class, and the luxury goods are infiltrated by Vanity Fair. You know, Vanity Fair. When you let Elizabeth Taylor answer the reporter at the press conference, he promotes that he is using a certain A luxury item, this is a big cost, or a custom-made leather bag for a certain lady, is to expect word of mouth, let alone advertising, release shows and other expenses. So I often say that luxury goods are not different, the mode and the gameplay are different!

The ins and outs of luxury goods

Speaking of luxury goods, it is actually derived from the extravagant wind of the European royal family, and the center of the extravagant wind is France. From the 16th century to the mid-19th century, it was necessary to mention the Bourbon dynasty and the Bona dynasty. It is these two dynasties that alternated France for three centuries.

During the feudal dynasty, whether it was China or Europe, luxury goods were patents of royal families, nobles, and wealthy businessmen. It was impossible for ordinary people to enjoy them. In a time when the level was strict, the liquidity was weak, and the merchants were suppressed, the rich people were more It relies on taxation and crushing to make a fortune, either by relying on power to make a fortune, or by rent-seeking and making a fortune, and 90% of the people are all poor. The stability of the feudal society is largely due to the fact that it does not suffer from poverty. "Inequality", so unlike the olive-type income structure of modern society, the feudal society is the upper class rich, the vast majority of the poor, therefore, luxury goods for a long time, are the upper back garden of the upper class.

However, at the end of the 19th century, the world's feudal dynasties seemed to be Domino's dominoes, all collapsed. China's late night, in 1911, also returned to heaven with the Empress Dowager Cixi. Since then, the most important features of the presidential volume have been: 1) The so-called rank, at least superficially weak with the collapse of the dynasty system; in addition, as society is operated by capital, capitalism like Pandoraâ€™s box is opened. Since then, labor and investment, development resources, and technological progress have become mainstream, and the mobility of society has begun to become unscrupulous. The Spring Festival of our country is actually a feature. A migrant worker arrives in Shanghai today and will go to Beijing tomorrow. The location of the work will not be fixed. It is completely different from the original old hometown. 90% of the so-called intellectuals will not go to work in their hometown... ...

what does this mean? It means noble, lost the support of the royal family! Therefore, here is a very important quote: "Luxury is a modern superficial society in mass production, democracy, rapid change, and money surge, retaining the last dream and the noble land!"

The perfect transformation of luxury goods

The feudal dynasty was gone, and the oversized orders from the royal family were gone, but there were still three classes with money, one was the legacy of the nobility, one was the rich capitalists such as Rockefeller and Morgan, which were hatched by capitalism, and the other was to work for the capitalists. Management of the management, or the middle class. These people have nothing to eat, but also to decorate the store, so the luxury goods are lingering, leaving a life!

Smart capitalists ran to France, Italy and other countries, and bought these ancestral handicrafts at low prices, such as LVMH, which is Louis Vuitton. In fact, it is a real name. Louis Vuitton is born in France. The common people, in the dynasty of the mid-19th century, went to the fashion capital of Paris, followed a master to learn a few crafts, people are smarter, they began to dump travel bags, leather goods and jewelry, after the French Revolution, his hand workshop Also merged by capitalists.

Capitalists have done a few things with the luxury of these hand workshops:

1) Unification of the image: such as the symbol of LV, as well as all the decoration of the store, the clothing of the clerk, etc., all take the neo-classical modern style;

2) Production standardization: Although the manual elements are retained, the production process is modified to improve efficiency and even transfer production to developing countries.

3) Operational capitalization: listing financing, through the stock market, continues to nourish the rapid expansion and modern development of the luxury goods industry;

4) Forcing the public relations: by spending huge sums of money to advertise, and infiltrating into the media, celebrities, officials and other vanity fairs to enhance brand identity;

5) Democratization of the brand: no longer available to the upper class, but the ordinary middle class can also enjoy a noble and extraordinary quality of life;

Although these capitalists have earned a lot of money, they have done at least a good thing: in the impetuous modern society, the noble blood from the royal family has continued. Although the manufacturing factory of luxury goods may be no different from the broken factory in Dongguan, consumers are not willing to know the truth. Brands are not willing to reveal their own background, because: Dreams are very important, please don't leave this last fig leaf. 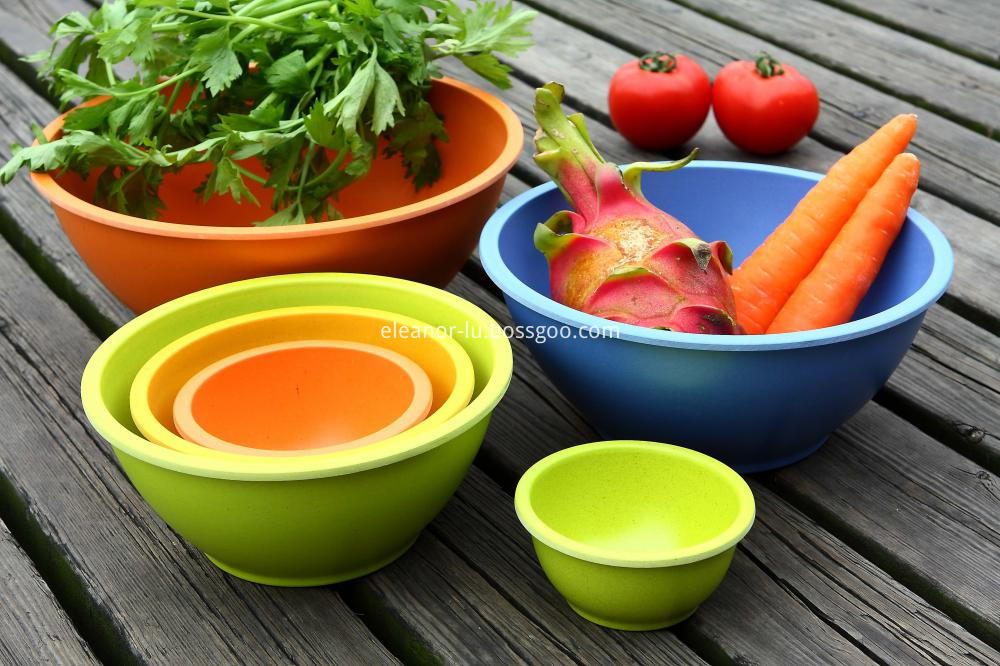 Taste of your favorite food, try reading spring scenery in the world.

Just because he has his own bowls.

What you want to eat, let me help you.

Salad And Sauce Bowls, Potato Chips Bowls, Children's Soup Bowl, ect. Let you enjoy every moment and take you to a amazing world.

Choose us, believe us, we will give you a different moment during you eating time.