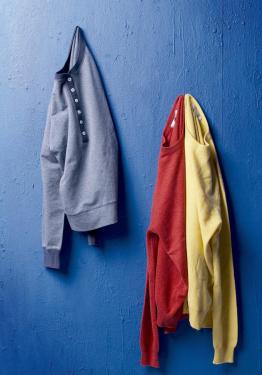 For Chinese apparel companies, how cold is this "winter"? According to a statistic, the inventory of 22 A-share listed companies in the third quarter reached a staggering 38.2 billion yuan. More media asserted that the countryâ€™s clothing stock is enough for Chinese people to wear for three years.

Insiders pointed out that the weak market demand, the strong rise of e-commerce, and foreign â€œfast fashionâ€ brand names are all incentives for the crisis. The deeper reason is that the market space is limited, but the business model of the company is still limited in scale. The inertia of expansion.

The stagnation of "barbarous growth" indicates that the entire industry has entered a period of transition from extensive management to intensive cultivation.

Walking along Jiefang Road, almost all the clothing stores hang out eye-catching promotional discount billboards at the door. On the banner of a domestically-made apparel brand store, the words "100,000 stocks," "emergency handling," and "all-in-one fold-up" are also written. However, although the discounts on the streets of the stores seem to be very tempting, the reporter found that there are very few consumers who actually shop.

"This year's discounts are rare, but the basic discounts are now old. We are mainly to clear the inventory, otherwise we can not get new." A clothing store staff explained to reporters.

â€œThese clothing brands used to have little discounts for 'supporting the faÃ§ade', and now they canâ€™t care so much for survival.â€ Wang Cong, assistant general manager of Shenzhen Huajuchen Industry Co., Ltd., said in an interview with reporters on December 5th. Hua Juchen was the main clothing exhibition organizing company in Shenzhen, but the poor retail channels made this year's show particularly prosperous.

â€œIn the past, we were all asking these big brands to participate in the exhibition. But this year, they all came to the door and wanted to clear their inventory through our channels.â€ Wang Cong told reporters that since the beginning of this year, they have held two consecutive sales at the Convention and Exhibition Center. , followed by Baoan Stadium, Shenzhen Bay Stadium apparel sale. The longest exhibition will reach a record-breaking 17 days.

For the reasons for the overall recession of the apparel industry this year, many people in the industry interviewed believe that the macroeconomic downturn has caused the demand to be weak.

â€œIn 2012, Chinaâ€™s garment manufacturing industry presented a pattern of internal and external problems, and domestic and international demand for textile and clothing products showed a double drop, which affected the growth of industry revenue.â€ Cao Jialuo, chief analyst of Beijing Huarong Wanji Consulting Co., Ltd., was interviewed by reporters on December 6 That is to say.

According to the data of the General Administration of Customs, from January to September 2012, Chinaâ€™s clothing exports totaled 116.1 billion U.S. dollars, a year-on-year increase of 0.7%. Since October, export demand has recovered from the demand for overseas Christmas orders, but the long-term good trend remains unclear.

"Many of China's garment enterprises originally used to be export trades. If the export channels are blocked, they can only be turned into domestic sales. With the same sluggish domestic demand, the market's balance between supply and demand will be broken and the inventory of apparel companies will remain high. Not surprisingly, said Ma Gang, an independent commentator in the shoe and apparel industry, speaking in an interview with reporters on December 6th.

On the other hand, Cao Jialuo pointed out that the strong rise of e-commerce has also brought great challenges to traditional clothing companies. At present, department store apparel sales in 2009-2011 are about 38%, 35.7% and 26.9% of the total sales of ** garments in China, and it is expected that it will account for 25.1% of the total in 2012, which is a continuous decrease trend.

Shi Hongmei, an analyst in the Orient Securities and apparel industry, believes that after the economic crisis in Europe and the United States in 2007, international fast fashion brands entered China, which also brought fierce competition to domestic clothing brands. Especially in 2011, international fast fashion giants including ZARA, H&M, and UNIQLO all accelerated their pace of opening stores in China, and individual brands began to sink, exploring stores in second and third-tier cities.

The transformation of the traditional business expansion model is difficult to continue for 30 years, a large number of Chinese clothing companies' growth trajectory is basically started as a foreign trade foundry, and later developed into a OEM factory, and finally turned into a brand. The most typical case is Metersbonwe. In the early stage of development, it only makes brands. It does not sell itself, but instead sends the agents and franchisees to quickly spread channels through the â€œfour seasons ordering meetingâ€, which is called â€œlight capitalizationâ€. "Operations.

Facts have proven that this extensive mode of operation can indeed quickly create a large number of â€œfast companiesâ€ in the early stage of market development, because the market demand is sufficient to absorb the inventory and cover the hidden dangers of rapid expansion.

The overall inventory crisis that broke out in the textile and clothing retail industry this year indicates that the industry has entered a period of transformation. ** pointed out that after decades of development, the space of China's apparel market has been very limited, and high-speed growth has been unsustainable. However, the business model of enterprises still remains in the inertia of large-scale expansion. The conflict between the two has led to new corporate The increase in store sales was lower than expected, and the accumulated inventory of many new stores exceeded the scope that the slowing consumer demand can afford, and then upgraded to disrupt the normal operation of the company.

Undoubtedly, the transformation has become the main theme of Chinese garment enterprises. â€œTaking Metersbonwe as an example, its previously advocated 'light assets' now appear to be getting heavier and heavier.â€ Ma Gang said that in the first half of this year, Metersbonwe Direct and franchise stores added 192 Home and 154, the proportion of direct operations continues to increase to 25%.

"The future transformation of local apparel companies lies in the transformation of the business model from the past extensive growth to intensive cultivation. It can learn from the fine foreign fashion of the 'fast fashion' brand and the precise control of retail terminal information. Ma Gang said that after this round of adjustment, local apparel companies will be more rational in their channel structure.