Skip to content
The reporter found that in the company's high inventory, finished products have been the bulk. An insider familiar with the situation revealed to reporters that among the stocks of Smith Bark, the largest proportion is in autumn and winter clothes, mainly due to the backlog at the end of 2010 and the beginning of 2011.

Miracle wonders are being tested by inventory

Even if a 4,000-word clarification announcement was issued at a glance, but last month, Smith Barbourâ€™s apparel still fell at the close and finally closed at 16.75 yuan, dropping 6.48%. Obviously, for this local "fast fashion" apparel leading company, the "gateway" crisis has not been eliminated.

The turmoil started with the rapid depletion of inventory in the first half. While the apparel industry is plagued by high inventory, the semi-annual report of Smith Barney shows that the inventory balance of the company has dropped significantly from RMB 2.56 billion at the beginning of the year to RMB 1.75 billion, a drop of up to 32%.

Therefore, in the second quarter, only three months, inventory will be digested 32%, it is really fast. As a result, questions concerning the ordering of Meibang Apparel virtual franchisees to reduce their inventories have created a wave of turmoil.

â€œWhether it is the size of the store or its popularity, the development of MB is really fast. Despite the company's steady performance in recent years, the high inventory caused by the expansion has always been prompted as an investment risk,â€ said an industry researcher.

The reporter found that in the company's high inventory, finished products have been the bulk. An insider familiar with the situation revealed to reporters that among the stocks of Smith Bark, the largest proportion is in autumn and winter clothes, mainly due to the backlog at the end of 2010 and the beginning of 2011.

At that time, Zhou Chengjian, chairman of the company, was optimistic about economic judgments, and expanded production in large quantities. As a result, a warm winter appeared in 2010 and it was late in spring 2011, so the stock rose suddenly. In addition, the new brand ME&CITY launched by Smith Barney has not been successful in operation, and it has also brought in some inventory.

There are two main brands under Meibang: Meters/bonwe and ME&CITY (MC) that were launched in the second half of 2008. According to the personage informed, in order to create a new image of the product, Zhou Chengjian collected commercial real estate all over the country for the MC "Shu shop"; and requested all MC stores in the first two years to open directly out of the way, not open to join.

By 2011, due to the need for self-financing, MC had to cancel the advertising promotion strategy of heavily-invited big-name endorsements. At the same time, it closed down most of the large loss-making shops to smaller ones. This also brings some inventory. Indeed, in April of this year, Mebangâ€™s Me&City flagship store in the Huaihai Road business district in Shanghaiâ€™s golden shopping district has quietly closed.

High inventory not only needs to withdraw reserves, engulf Meibang apparel profits, but also makes the company's cash flow become tense. Since the third quarterly report of 2010, the net cash inflow from Maybank Apparel's operations has turned negative, and it has only been positive since the third quarter of 2011. This has caused Smithfield to spend a lot of time to reduce costs and expenses in order to maintain normal operations.

Although Smith Barneyâ€™s top executives have always said that inventory is still in the normal range, in fact, the company is also trying its best to actively digest inventory. Starting in 2011, the company plans to open about 300 discount stores in suburban or second and third-tier cities to digest company stocks.

Meibang Apparel apparently paid attention to the first time. After a day of temporary suspension on the 15th, yesterday, the company issued a 4,000-word clarification announcement, saying that the media's questioning was seriously inaccurate.

According to the company's apparel industry, due to the mismatch between the retail season and the allotment season, in order to meet the sales requirements, the company's pre-provisioning of products based on franchisees' futures booking contracts before the retail cycle comes is the industry's basic operating model.

Meibang Apparel responded: "In fact, the first futures product has not been put into storage in 2013 and it is impossible to carry out ERP outbound and confirm revenue." He also emphasized that "the company has strict internal control over the business process and accounting processing of the franchised products."

So why is inventory so digested so fast this year? The response of Meibang Apparel was that the company's direct retailing terminal system maintained a growth of 22% in the first half of 2012, which provided strong support for effectively reducing the inventory scale. At the same time, in order to control the inventory scale, new product purchases decreased by 29% year-on-year.

In addition, regarding the questioning of the exit of 40 equity incentive objects, the total number of managers in the company's general manager level and above has been stable at around 300. The turnover rate in 2011 was 9.3%, and the turnover rate since 2012 was 10.9%. , In the clothing retail industry has always maintained a more reasonable level.

The resignation of 40 equity incentive objects occurred between October 2010 and September 2012. The average annual turnover rate was about 11%. There was no abnormality. "The company's explanation should be credible." Yesterday, a researcher who declined to be named said that the general clothing industry is to enter the sales account, after the product is shipped to confirm revenue, otherwise contrary to accounting principles.

The Ernst & Young audit firm that audited the Smith Barney report should not be exposed to major flaws. However, the researcher also said that even if Smith Barney's inventory fell to 1.75 billion yuan, it is still not low and needs to be further digested. As a fast fashion company, the company's liquidity management is very important.

The fall caused the social security fund to shoot 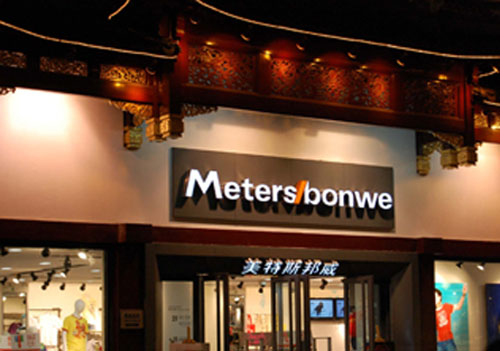 The popularity of American and American restaurants is uneven

In the five-storey shop, the reporter did not see a large number of promotions or discounts. The shopâ€™s customers were mainly young people. The reporter tried to interview the two responsible persons of the flagship store, but it was full of vigilant eyes and unified caliber: The company provided no interviews for sales, operations, etc.

The reporter observed a nearly 500-square-meter shop at a Meibang store near Tianlin. The store staff said that this is an affiliate store and it has not done very well recently.

At a special shopping center of the South Railway Station, the Metersbonwe counter did not see customers for a long time. A salesman who asked not to be named told reporters that the recent sales performance was generally not good and the counters could do well for more than 20,000. , but they did not do it. In addition, discount activities may be launched in a few days, which may help the performance.

The beggar of Meibang clothing is just a microcosm of the garment industry. Since the beginning of this year, with the slowdown of economic growth and the decline in consumption, the apparel industry generally suffers from high inventory pressure.

Although Meibang Apparel issued an explanation yesterday for a sharp drop in high stocks, the research report issued yesterday by Shenyin Wanguo (Weibo) still believes that the company's stock in the third quarter still has an increasing trend.

Li Ning is also suffering from high inventory. In the first half of 2012, Li Ningâ€™s net profit was 0.44 billion yuan, a year-on-year decrease of 84.9%, and its performance was severely declining. In order to clear inventory, Li Ning closed a total of more than 900 stores in the first half of the year, but the high inventory situation did not improve in the semi-annual report.

In the first half of this year, Li Ningâ€™s average inventory turnover period increased from 73 days in 2011 to 95 days, while in 2010, the figure was only 52 days. Recalling the previous period of time, the Sept. 19, with the intention of sprinting the A-share listed Haishu House, was also returned to the Securities and Exchange Commission because of its extremely high inventory. Samema shares of the A-share company, its stock also reached 1.47 billion yuan in the middle of this year, and there is no turning point in Smith Barney.

The drop in stock prices and the decline in business led to a decline in the wealth of the local clothing industry's big brothers. Zhou Chengjian, the actual controller of Meibang Garments, is a frequent guest on Forbesâ€™ rich list. He owns 80.6% of the shares of Mebon. As the stock price continued to fall, he suffered heavy losses this year.

In October last year, the highest stock price of Smith Barney had been maintained at around 30 yuan. Yesterday, the company's apparel was closed at 16.75 yuan. The 2011 Forbes Rich List shows that last year Zhou Chengjian ranked 12th in the rich list with 28.13 billion yuan in assets. In this year's list, his ranking dropped to 19th, worth 17.01 billion yuan, within a year of wealth. Shrinking more than 10 billion yuan.

The shrinking wealth of Zhou Chengjian is not an example. The wealth of Qiu Guang and the family's wealth has also shrunk dramatically. In this year's Forbes China Rich List, Qiu Guanghe ranked 37th with 12.29 billion yuan, and last year his family wealth was 30.69 billion yuan, a year-on-year reduction of 184%.

In addition, in the field of sports and clothing, Peak Groupâ€™s owner Xu Jingnan and Ding Shuibo, the founder of Xtep, did not enter this yearâ€™s list of â€œForbesâ€ 400 billionaires this year. Last year they also ranked 360 and 377, and this year their personal wealth. All fell below 3 billion yuan.

The Hair Ornaments is used to decorate the hair and the head of the various objects.
Many kinds of hair ornaments, also have different materials, but now the society for hair is not a complete classification.
There are a lot of hair now has become a domestic brand, fashion jewelry design essential women, different hair can collocation different hairstyle.