Legend has it that beautiful gems always carry evil power. In history, there are many treasures of extraordinary origin that always bring disaster and bad luck to the master. These gems are always regarded as ominous. The curse is a superstition and there is no scientific basis. But there is an old saying in China that would rather believe it and not be credible. Let's take a look at the legendary experiences of the cursed gems. 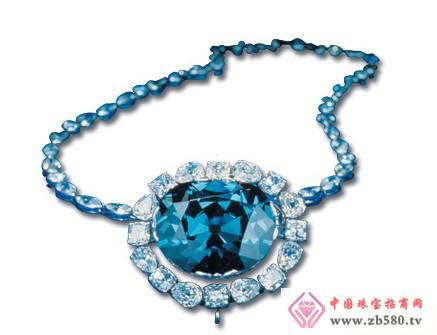 The oldest and most preserved diamond in the world, "Kyinol", means "mountain of light" in Persian. It weighs 105.6 carats and is native to Golconda, India, and ranks 33rd among the world's most famous diamonds.

This large diamond was originally owned by the Mughal Emperor of India. The 173 Diamond Life Jewelry was taken away by the Persian Emperor Nadir in 9 years. Nadir was assassinated in 1747, and the aristocrat Abeid took the opportunity to rob the diamond. In 1849, in the Punjab war that annexed India to the United Kingdom, the British Governor, Lord Daisy, captured the jewel and later contributed to the Queen Victoria of England, becoming the most eye-catching diamond on the top of the Queen's crown. However, the Queen was also attacked twice.

The scarab-shaped jewels were first stolen in Egypt after being stolen from the tomb of Tutankhamun. Later a South African seaman won it from the table and brought it to South Africa. Shortly after the seaman handed the ornament to his daughter, he died in a trip to the sea. A few days after the seafarerâ€™s body was washed up on the coast, his daughter also died of leukemia.

In grief, his wife began to search the Internet for information about Tutankhamun. In the end, she thought that returning this "Shelter" ornament to the Egyptian government may be the only way to break the "Pharaoh's curse." So she wrote a letter of help to the Egyptian Ministry of Culture.

Eye of the Creator

The black diamond "Eye of the World" weighs 67.5 carats. It was originally the Hindu goddess. "The eyes of Brahma, originally weighing 195 carats. Later, it was quietly taken down by a greedy monk. The monks later disappeared strangely. Life and death are unknown. It began to spread, and this matter was blamed by the gods and cursed in the black diamond.

The three owners of the diamonds suffered misfortunes. First, the Russian Princess Nadia and Leonila, they soon died after they got there; the American jeweler Paris, who bought the diamond at a high price, changed hands and traded. He made a lot of money but he suddenly committed suicide somehow. More bizarrely, all three people chose to end their lives by jumping off the building.

300 years ago, a huge blue diamond was discovered in India. After rough processing, it weighed 112.5 carats. After the Louis XIV era, the French jeweler Tavani exchanged jadeite from the local princes in India for the diamond. Later, this blue diamond fell into the hands of King Louis, named "Crown Blue Diamond."

Shortly thereafter, Louis's most beloved grandson suddenly died. His glory record in his early years also began to decline, and married a religious fanatic, Mrs. Meinte. Tavoney was later said to have been killed by wild dogs in Russia.

Shortly after Louis XVI got the "crown blue diamond", he and the emperor Mary and Anthony made a guillotine in the storm of the French Revolution. In the Great Revolution of 1792, the French national treasury was looted, and this blue diamond was once unknown.

In 1830, the missing 38-year-old blue diamond reappeared in the Netherlands and belonged to a diamond-cutter, Wilhelm Foss. Later, his son Handlek stole the diamond from him and took it to London. There, his son committed suicide. No one knows the cause of suicide.

A few years later, the British jewellery collector Henry Phillips Houpu bought the diamond, and the diamond was named "Hope". In 1839, the old Houpu died. His nephew, Thomas Houpu, inherited the "Hope" diamond.

The next owner of the "hope" diamond was the businessman Habib Beck, and he and his family drowned in the sea near Gibraltar shortly after he sold it to a man named Simon. After Simon sold the diamond to Sultan Abdul II of Turkey, three people in the car accident fell to the cliff and died. After receiving this priceless treasure, the Sultan of Abdul was deposed by the Turkish Youth Party in 1909.

"Hope" was later sold to Washington, DC publisher Avoline Worth McLean for $154,000. When they went to see Marseille in Kentucky in 1918, their 8-year-old son in Washington fled from the bodyguard and ran to the street and was killed by a car. Shortly thereafter, he began to drink alcohol and finally lost his sound mind and lost the newspaper. One of their daughters died of accidental overdose of sleeping pills.

On November 8, 1958, the blue diamond was sent to the Smith Institute in Washington. The jeweler Winston is the last owner of the "Hope" diamond and the luckiest owner in 300 years - he brought the diamonds to the world to tour and donated more than $1 million.

In 1997, the French Antique Collection Association issued an incredible warning to journalists - ask those antique collectors not to buy a mirror with a diamond jewel of more than 250 years, because it is a "mirror" that kills people. .

On the border of this "mirror mirror" is the words "Louis Alp 1743". Anyone who looks into this mirror will die from a big bleeding in the brain. In the more than 250 years since its birth, "Magic Mirror" has killed 38 people.

The murder is not a mirror, but a frame. The frame is made of a tree that has been destroyed. It emits poisonous gas under the light.